Exceptional Stars, achieving degrees and in the limelight.

Exceptional Stars, achieving degrees and in the limelight.

Exceptional stars that have not only blessed our screens with amazing performances but also attended and studied at university achieving degrees to better themselves for when they can no longer perform on screen and need to “get a real job”.

Eva earned her Bachelor of Science degree in kinesiology at Texas A&M University-Kingsville. At that time (1998), she also won the title of Miss Corpus Christi USA. After completing college, Eva entered a talent contest that led her to Los Angeles. Shortly thereafter, was spotted and signed by a theatrical agent. While auditioning for roles, she worked as a head hunter for four years.

During the filming of Desperate Housewives and after three years at California State University, Northridge, she received her master’s degree in Chicano Studies in May 2013. Her thesis was “Success STEMS From Diversity: The Value of Latinas in STEM Careers”.

Shaquille left LSU for the NBA after three years. However, he promised his mother he would eventually return to his studies and complete his bachelor’s degree. He fulfilled that promise in 2000, earning his B.A. degree in general studies, with a minor in political science.

His Coach, Phil Jackson let Shaquille miss a home game. This meant that he could attend his graduation. At the ceremony, he told the crowd “Now I can go and get a real job”. Subsequently, O’Neal earned an online MBA degree through the University of Phoenix in 2005. In reference to his completion of his MBA degree, he stated: “It’s just something to have on my resume for when I go back into reality. Someday I might have to put down a basketball and have a regular 9-to-5 like everybody else.”

Towards the end of his playing career, Shaquille began working on an educational doctorate at Barry University. His doctoral capstone topic was “The Duality of Humour and Aggression in Leadership Styles”. Shaquille received his Ed.D. degree in Human Resource Development in 2012. Shaquille told a reporter for ABC News that he plans to further his education by attending law school.

Natalie began her acting career at age twelve, where she starred as the young protégée of a hitman in the action-drama film Léon: The Professional (1994). During high school, Natalie made her Broadway debut in a 1998 production of The Diary of a Young Girl gaining international recognition for starring as Padmé Amidala in Star Wars: Episode I – The Phantom Menace. From 1999 to 2003, she attended Harvard University and graduated with a bachelor’s degree in psychology, alongside continuing to act in the Star Wars prequel trilogy. Once she achieved her degree she continued with her acting career.

America was interested in acting from a young age. She performed in several stage productions at her school. Winning many awards throughout her career including an Emmy Award, Golden Globe Award, a Screen Actors Guild Award and the Primetime Emmy Award, the first for a Latina woman in the category

She undertook television roles including the eponymous role on the ABC comedy-drama Ugly Betty (2006–2010). She was praised for playing the protagonist of the series, Betty Suarez. America entered the University of Southern California (USC) on a presidential scholarship, double majoring in theatre and international relations. She dropped out to focus on her acting career, but completed her bachelor’s degree in May 2013

If you would like any help or support with finding a Graduate role then please do contact us and check out our LinkedIn for up to date job posts.

← Interview pending now to find what to wear. The Top 5 Benefits to Hiring a Graduate? → 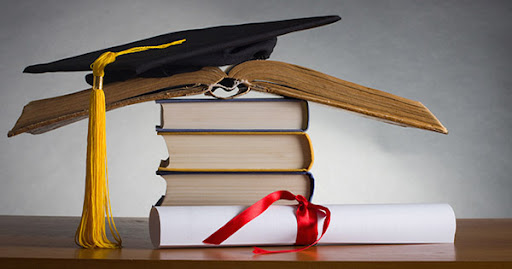